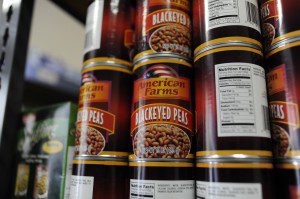 Saturday, May 9th marks the 23rd anniversary of one of America’s great days of giving, the National Association of Letter Carriers Stamp Out Hunger Food Drive.

As letter carriers deliver mail throughout our communities, they encounter our neighbors facing hunger in a way that few people do. As a response to this nationwide problem, the Stamp Out Hunger Food Drive was created. Each year on the second Saturday in May, letter carriers across the country collect non-perishable food donations from their customers.

These donations go directly to the local pantries in the region. The food collected will provide thousands of meals to people in Western North Carolina who need our help. According to the 2014 Hunger Study conducted by Feeding America, 107,600 people in our region sought food assistance last year.

Participating in this year’s Stamp Out Hunger Food Drive is simple. Leave a non-perishable food donation in a bag by your mailbox on Saturday, May 9th, and your letter carrier will do the rest.