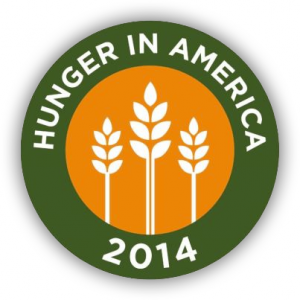 Feeding America and its nationwide network of food banks have conducted the most comprehensive study of hunger in America every four years since 1993. Like the prior studies, Hunger in America 2014 (HIA 2014) documents the critical role that food banks and their partner agencies play in supporting struggling families in the United States. HIA 2014 details how the various agencies operate, including the sources of food available to them, the types of programs they run, their use of volunteers, and the challenges they face. It also documents the number and characteristics of clients that seek assistance from the charitable food assistance network, including what other sources of food assistance are available to them. Its results are based on nationally representative surveys of food banks’ partner agencies and their clients in 2013.

A pdf of MANNA FoodBank’s summary booklet is available: MANNAFoodBankHIA2014Report.

This report presents results from HIA 2014 for MANNA FoodBank. For a discussion of the findings from the national study, see the hunger-in-america-2014-full-report.

HIA 2014 follows the pattern of past Hunger in America studies by implementing two surveys—an Agency Survey and a Client Survey—through the collaborative effort of an extended research team. The first step of the study design was conducting the Agency Survey, which included all partner agencies identified by MANNA FoodBank on the agency list it compiled and provided to Feeding America. The Agency Survey, conducted from October 2012 to January 2013, was used to enumerate eligible food programs and obtain basic information about those programs. Following the Agency Survey, a client sample was obtained using a multistage design. Food bank staff and volunteers carried out the Client Survey from April through August 2013.

The information in this report is based solely on the agencies and programs that participated in this study, adjusted by weighting to account for sampling and nonresponse. When findings cannot be presented due to small sample size (fewer than five unweighted observations), the symbol “++” is shown. The Agency Survey yielded responses from 204 eligible agencies (91 percent). Of the 684 eligible clients sampled, 451 (66 percent) responded to the Client Survey. Because children were not eligible respondents for the Client Survey, HIA 2014 focuses on the services provided to adult clients and their household members. Consequently, the study will generally underestimate the services provided to children by the Feeding America network.

Within the area served by MANNA FoodBank, the food bank and its partner agencies continue to serve many clients facing various challenges.

Key findings are as follows:

• Coping Strategies: When faced with the threat of food insecurity, individuals are forced to engage in various coping strategies.  Clients reported the following:

• Employment: An estimated 56 percent of households have a household member who had worked for pay in the last 12 months; in 64 percent of client households, the most-employed person from the past 12 months is currently out of work.

Among client households where the most-employed person is not working and not actively seeking work, 21 percent are retired, 59 percent are disabled, in poor health, or act as a caretaker for another, while 21 percent indicate some other reason for not seeking work.

• Spending Trade-offs: Client households made trade-offs between paying for food and paying for other necessities.  Clients reported the following: 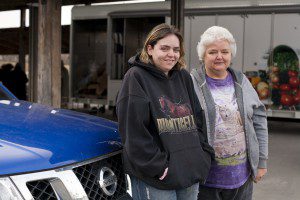 The Hunger in America 2014 study tells the story of programs determined to help clients and their households meet their food needs, and of a population that critically needs this assistance. Across the nation, the weak economy with its historically low employment rate and high poverty rate has challenged this system.

The clients seeking assistance have varying levels of education, training, and language skills. Many have health conditions that prevent work, and many of those working have found only part-time or part-year jobs. Among food assistance clients, the rates of household poverty and food insecurity are typically very high.

While recent declines in the national unemployment rate suggest that demand for food assistance may slow down, it is still too soon to know. In certain areas of the country, unemployment rates are down in part because many who have been looking for work for a long time have simply dropped out of the labor market. Many workers at the bottom of the labor market have not seen a real increase in wages for many years.

MANNA FoodBank, as a part of the Feeding America network, is important to local populations in need. It works with partner agencies to serve clients with unique needs and circumstances, thus playing a critical role in addressing hunger in America.

[1] Poverty guidelines vary by household size. In 2013, a single person falls under 100 percent of the poverty level with annual cash income of $11,400 or less, two people live in poverty with income of $15,510 and below, and families with three people live in poverty if income is $19,530 or below. For all guidelines, see US Health and Human Services Department “Annual Update of the HHS Poverty Guidelines,” Federal Register, January 24, 2013.